Sleep Deprivation in the Workplace

How does an employer know when their employees have struggled to sleep peacefully through the night? 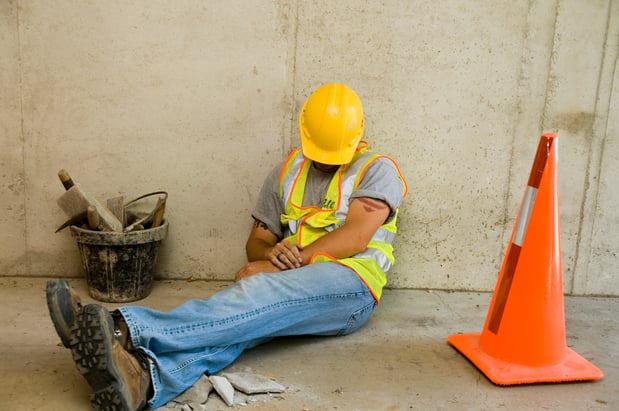 There are great risks involved in what employees are doing the night before they show up at the worksite and perform dangerous work in potentially hazardous environments.

It’s a risky proposition, and there are things that can be done to ensure that all employees are showing up refreshed and ready to go.

Let me tell you a story about a good and productive employee of a medium-sized company who I was working for as a safety consultant.

One morning I arrived at the site, a new-build construction site, that was the home site for about 75 employees. I went to the job trailer to meet with the site superintendent and as soon as I walked through the door I smelled booze. It was stale alcohol and I immediately surmised that it was coming from the direction of the desk that the man was seated behind. When Bill looked up I immediately registered that he had not slept well, and that he may have finished up his party mere hours before.

“Long one last night,” he said. “I stopped for beers after work and got a little carried away.”

I didn’t find even a second of his confession to be amusing.

“You have a lot of guys out there depending on you to be on your game,” I said.

“A coffee will snap me back,” he said.

I doubted that, and I didn’t just file it away. I contacted the company and told them about their employee. He was their designated competent person!

I also decided to follow-up the inspection by checking on the site again later in the week…immediately after lunch.

I arrived to find the superintendent, once more, in the job trailer. The odor in the air was the same. He had been drinking his lunch. He also looked tired, as if he hadn’t slept in days.

I pulled a chair to the exact spot where he was seated.

“Just a bad day,” he said as I simply opened my hands up and shrugged my shoulders.

Following that visit I went straight to the door of the president of the company.

“You have a problem with Bill,” I said. “He is not sleeping and he’s drinking before, during and after work.”

The president of the company appeared put-off by my findings.

“It’s a difficult job,” he said. “I wouldn’t be sleeping much if I was in that chair either.”

I couldn’t believe it!

Yet, I had done exactly what I was supposed to do. As far as I was concerned I was just waiting for the call to report to the accident scene.

The accident happened after work hours.

Bill, in the company truck, while leaving a bar, on pay day, drove into the front door of a Sporting Goods store. The customers were sent scrambling for cover. The storefront was badly damaged, the vehicle was destroyed, and the police issued tickets for driving while intoxicated.

About a week later, the owner of the company called me into his office to discuss the matter.

“How can we be held responsible when our employees are doing something like this?” He angrily asked me.

I did all I could not to laugh.

“You had two warnings,” I said. “You failed to act on it. Bill was not sleeping through the night. He was abusing alcohol, and everyone was well aware of it. You decided not to act on it. Of course you share in the responsibility!”

It wasn’t what the owner of that company wanted to hear at the time, but a few positive things happened following the incident.

1). The company paid attention to the condition of their employees as they reported to work.

2). A company-wide safety meeting centered around getting a proper night’s rest while alluding to substance and alcohol abuse.

4). Stricter regulations were established regarding the use of company work vehicles during non-working hours

“Sometimes I guess it takes an accident to remove the blinders,” the owner said to me following the safety meeting.

“That wasn’t an accident,” I said. “It was the direct result of bad decisions. Employees need rest. We are putting them in a work environment that requires them to be alert at all times. We’re lucky that employee didn’t kill anyone.”

And oversight and guidance.

Cliff Fazzolari is a Safety Consultant at Haylor, Freyer & Coon, Inc. Click here to learn more about Cliff or Contact him directly at  (716) 870-6115 or cliffordfc@roadrunner.com